Full Text: Address by Chinese President Xi Jinping at the Opening Ceremony of the 14th Meeting of the Conference of the Contracting Parties to the Ramsar Convention on Wetlands

Source: Xinhua | 2022-11-05
Share：
Full Text: Address by Chinese President Xi Jinping at the Opening Ceremony of the 14th Meeting of the Conference of the Contracting Parties to the Ramsar Convention on Wetlands 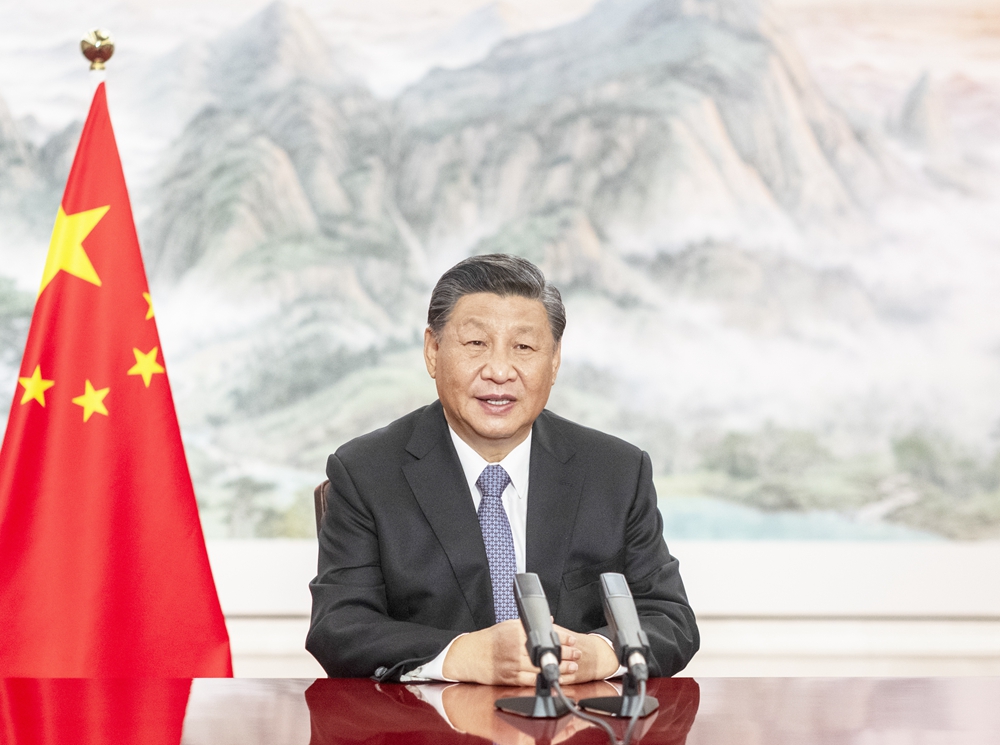 Chinese President Xi Jinping delivers a speech via video at the opening ceremony of the 14th Meeting of the Conference of the Contracting Parties to the Ramsar Convention on Wetlands held in Wuhan, central China's Hubei Province, Nov. 5, 2022. [Photo by Li Xueren/Xinhua]

BEIJING, Nov. 6 (Xinhua) -- The following is the full text of the address delivered by Chinese President Xi Jinping via video at the opening ceremony of the 14th Meeting of the Conference of the Contracting Parties to the Ramsar Convention on Wetlands on Saturday.

On behalf of the government and people of China and also in my own name, I wish to extend hearty congratulations on the opening of this meeting.

Since ancient times, human beings have always preferred to live close to water bodies, and civilizations have taken shape near water bodies. There has been a close link between wetlands and how humans live and work. This meeting, themed "Wetlands Action for People and Nature," will explore ways to further preserve and develop wetlands. It is a meeting of great significance. It gives us an opportunity to raise awareness, strengthen cooperation, and scale up wetlands action across the world.

-- It is important that we build global consensus on prizing wetlands, show our respect for nature, minimize disruption and damage caused by human activities, and protect the ecological security of wetlands, in order to leave the beautiful wetlands to our future generations.

-- It is important that we advance the global process on wetlands conservation, redouble efforts to preserve authenticity and integrity, include more important wetlands in nature reserves, improve cooperation mechanisms and platforms, and increase the coverage of wetlands of international importance.

-- It is important that we enhance people's well-being globally by leveraging the role of wetlands in promoting sustainable development, tackling climate change, protecting biodiversity, and delivering more benefits to people around the world.

Historic achievements have been made in wetlands conservation in China. We have increased the area of wetlands to 56.35 million hectares, put in place a protection system, and enacted a Wetlands Conservation Law. Wetlands have become an integral part of many Chinese cities like Wuhan, making the cities notably more livable. China will pursue a modernization of harmony between humanity and nature, and promote high-quality development in the wetlands conservation cause.

As a Chinese saying goes, "The journey ahead may be long and arduous, but with sustained actions, we will eventually reach our destination and embrace a brighter future." Let us join hands to write a new chapter in global wetlands conservation.