US putting flame to fuse playing games with DPP 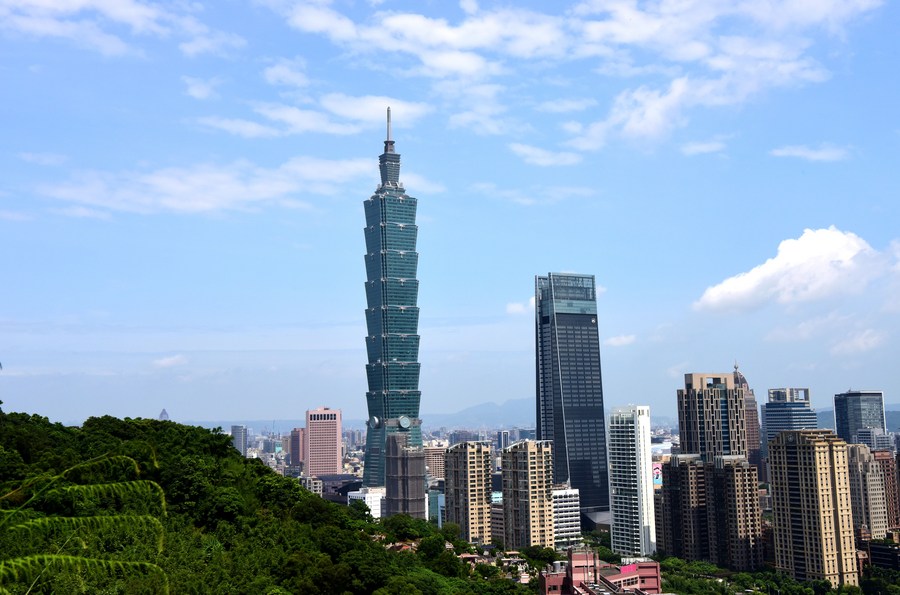 In an interview with China Global Television Network on Tuesday, Vice-Minister of Foreign Affairs Le Yucheng attributed the recent "clamor" concerning Taiwan to the United States violating its commitment to the one-China principle in its eagerness to play the "Taiwan card" in its "competition" with China.

That's a fair judgment of the situation. Facts show it is the United States that has been playing the "Taiwan card" to fuel cross-Straits tensions. The visit the island's "army commander" paid to the US this week, along with the involvement of US military personnel in military training on the island earlier this month, constitutes the latest example of the US administration's breach of the one-China principle it claims to respect.

US recognition of the one-China principle was the prerequisite for the establishment of Sino-US diplomatic relations, and it is the bedrock for bilateral ties. It is the reneging of the US on this commitment and its irresponsible behaviors that have brought the cross-Straits situation dangerously close to boiling point.

Washington should heed the warnings of an impending worst-case scenario if it continues "playing with fire while carrying firewood".

A series of statements the separatist Democratic Progressive Party has made recently has driven home that it is the support of Washington that has emboldened it to constantly push the envelope in its bid to portray the island as an "independent country".

Scratching each other's back, the anti-China US politicians and their pawns on the island are holding Taiwan compatriots hostage while they try to sabotage China's rise and secede the country.

That the US has chosen to make Taiwan a core part of its strategy to suppress China's development will only further consolidate the mainland's determination to enhance its ability to safeguard its sovereignty and territorial integrity, as reunification has now acquired additional significance as self-defense against the US choke hold.

President Xi Jinping's vow on the weekend that reunification can and must be realized was a solemn warning to the secessionists and their US patrons that the mainland has the resolve, the will and the ability to complete the historic mission of national reunification.

The time frame and the course for national reunification will be determined and charted by the Chinese mainland, independent of the separatists' and the US politicians' will. To try and change that course entails the US to bet its future on it. The Chinese mainland will not be diverted from that course, but how the journey will unfold is still up in the air, as the possibility of peaceful reunification still exists.

Since China's reunification and national rejuvenation are unstoppable, recognizing the one-China principle is the best thing that the DPP and its US backers can do to serve the interests of Taiwan compatriots and themselves.