India should see the situation clearly and make rational decisions 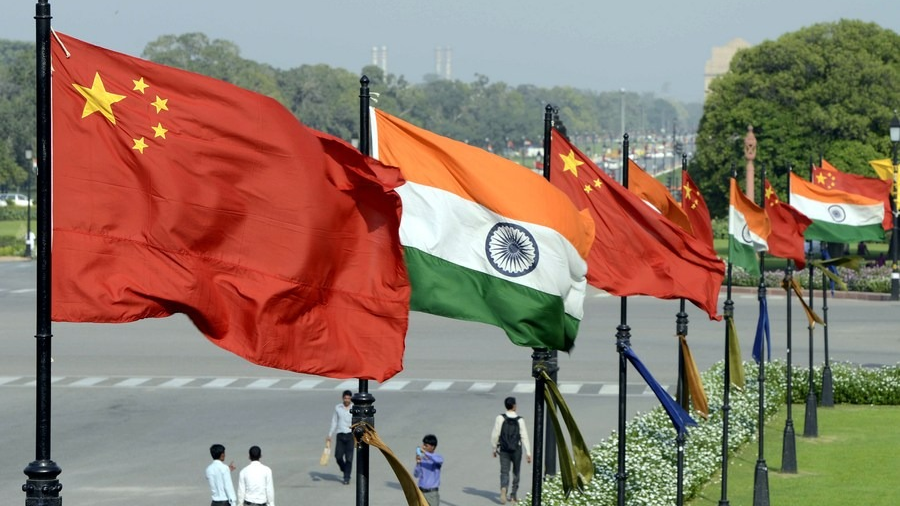 Indian and Chinese national flags flutter side by side at Raisina Hill, a metonym for the seat of the Government of India, in New Delhi, India, September 16, 2014. [Photo/Xinhua]

In the early morning of October 11, Long Shaohua, the spokesperson of the Western Theater Command of China of People's Liberation Army, explained the 13th round of the China-India military commander-level talks. He made the rare comment that the predicament of China-India bilateral negotiations lies in India's "irrational and unrealistic demands." This statement is more stringent and direct than the statement made after the Sino-Indian military commander-level meeting held earlier. This round of Sino-Indian military commander-level talks is to resolve the small-scale contact with the Indian side during the routine patrol of the Dongzhang area by the Chinese border troops on September 28 and eliminate the impact caused by false reports by the Indian media.

In this round of talks, India put forward "unreasonable and unrealistic demands," which meant that it intended to restore the status quo at the China-India border to what it was in April 2020. It is obviously unilateral and wishful thinking. India should fully consider the current development of relations between the two countries and the situation in the border areas.

In recent years, India has continuously caused trouble in the border areas and used its media organizations to concoct false news, which is not conducive to the proper settlement of the border issues between the two countries. Behind India's various behaviors, there are deep-seated reasons.

The first is to cooperate with the U.S., Japan and Australia to jointly contain China. Currently, India has been deeply involved in the various processes of the Quadrilateral Security Dialogue (Quad) – especially in recent years. India and the Quad, an informal alliance of the United States, Japan and Australia, formed after the 2004 Asian Tsunami, has increasingly become a symbolic opposition to China. After Joe Biden took office, he changed the overall containment of China during the Donald Trump administration and emphasized cooperation with China in limited areas. In particular, after Huawei chief financial officer Meng Wanzhou returned to China and the meeting between Member of the Political Bureau of the CPC Central Committee and Director of the Office of the Central Commission for Foreign Affairs Yang Jiechi and U.S. National Security Advisor Jake Sullivan in Zurich, the tense relationship between the two countries relaxed substantially. Australia and Japan also showed signs of easing with China. However, the Quad's long-term strategic goals have not changed. According to its internal "division of responsibilities," India still needs to take some substantive actions to continue to maintain a certain state of containment against China. 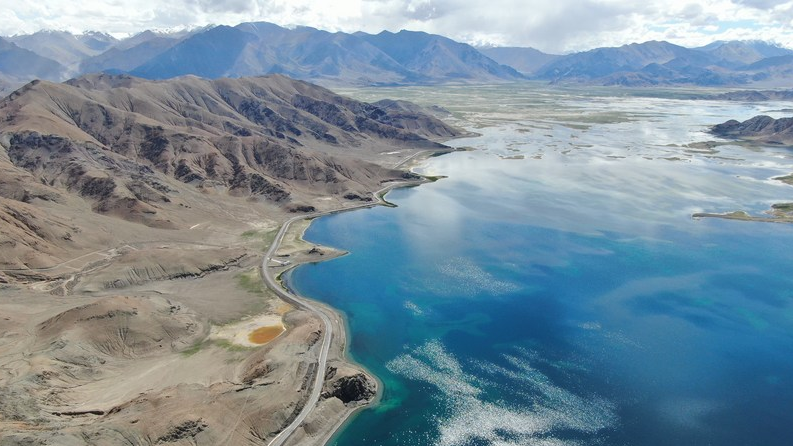 The second is to try to take advantage of the tension in the South China Sea to capitalize on the fire and looting on the southwest border of China. From October 1 to 4, China dispatched 150 sorties of military aircraft into the "Air Defense Identification Zone" of Taiwan region. The United States deployed the "Ralph Johnson" (DDG-114) guided-missile destroyer in the South China Sea at the same time.

On October 9, President Xi Jinping delivered a speech commemorating the 110th anniversary of the 1911 Revolution, reiterating the "historical task of achieving the complete reunification of the motherland."

The next day, Taiwan region's leader Tsai Ing-wen, in a speech advocating "Taiwan independence," emphasized so-called "four persistence," in which she openly proclaimed that Taiwan region "should not be subordinate to" China. The situation in the South China Sea is unprecedentedly tense. Therefore, the opportunists in India misjudged the situation in the border area between China and India, believing that China will focus its strategy on the South China Sea and have no time to take care of the southwest.

In April 2020, to attract the transfer of the industrial chain, India revised its foreign direct investment policy and restricted Chinese investments and economic cooperation in India. However, due to the spread of COVID-19 in India, the transfer of the industrial chain has little effect, and the economy is in decline due to restrictions on foreign investment. India had to change its investment policy again to restore the domestic economy. However, Chinese investment in India has not reached India's expectations, so India has continued to move on the border issue, hoping that China can satisfy India's interest in economic investment.

Judging from the current situation, both China and India intend to control the intensity of the conflict and avoid further large-scale conflicts. However, this requires the joint efforts of China and India, especially India. It should fully understand the current international and regional situation, correct its position and avoid politicizing border issues to jointly maintain peace and tranquility in the border area and promote the settlement of the border issue between the two countries.

The author is the director of  the Institute of Bengal Studies, Shenzhen University.