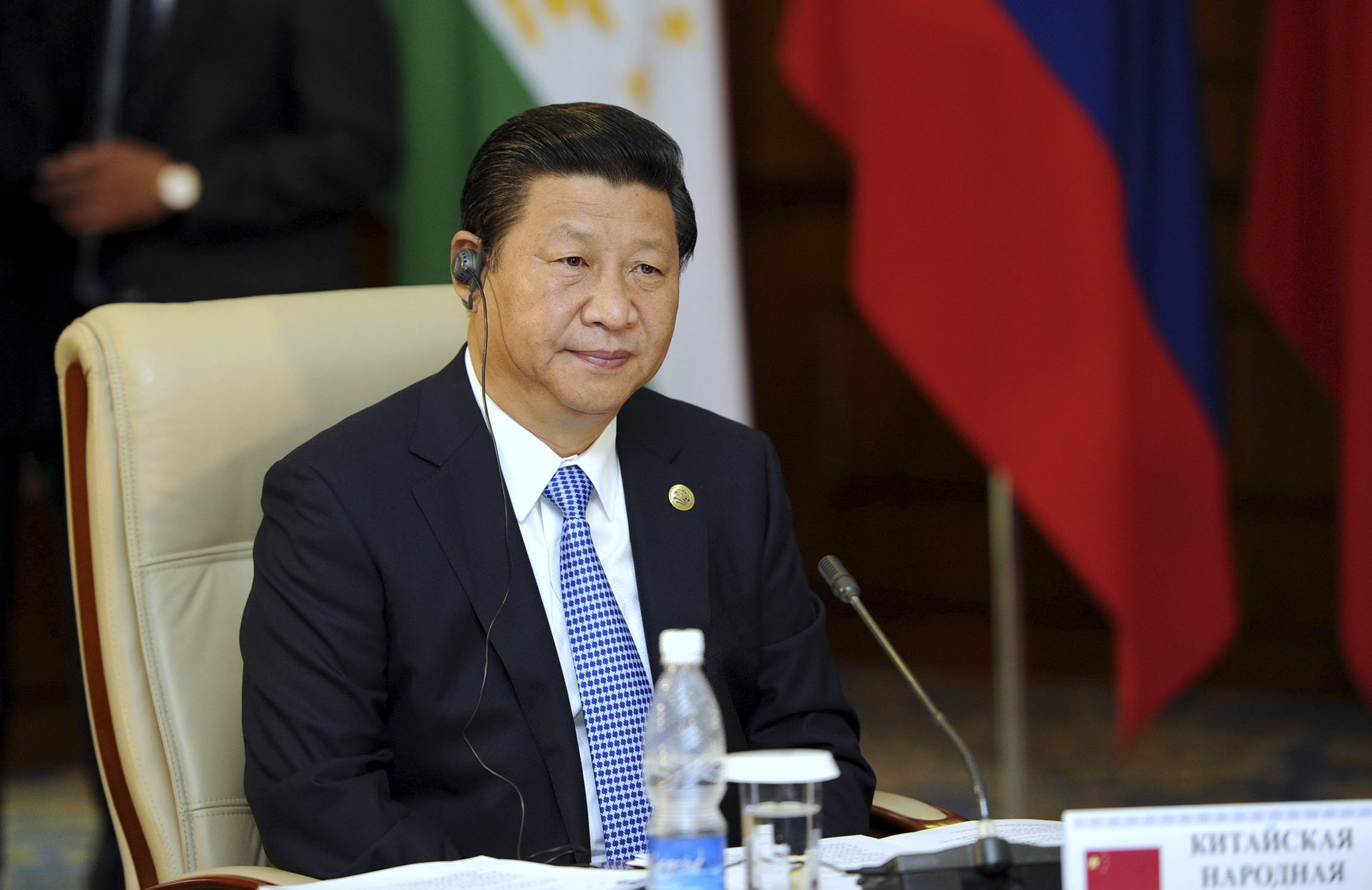 On Sept. 13, 2013, the 13th Meeting of the Council of the Heads of the Member States of the SCO was held in Bishkek, capital of Kyrgyzstan. Chinese President Xi Jinping, President of Kazakhstan Nursultan Nazarbayev, President of Kyrgyzstan Almazbek Atambayev, Russian President Vladimir Putin, Tajik President Emomalii Rahmon, and President of Uzbekistan Islam Karimov, attended the meeting.

Heads of the member states first held small-scale talks, and then large-scale talks. The heads of delegations from the SCO observer states i.e. President of Afghanistan Hamid Karzai, President of Iran Hassan Rouhani, Mongolian President Tsakhiagiin Elbegdorj and representatives of India and Pakistan, as well as representatives from the relevant international and regional organizations attended the large-scale meeting. Almazbek Atambayev hosted the meeting. The meeting focuses on the development of the long-term good-neighborly and friendly relations among member states, and the work objectives and tasks of SCO in the next stage. There was an in-depth exchange of views on major international and regional issues at the meeting, and broad consensus was reached.

Xi Jinping made a statement at the small-scale meeting, and delivered an important speech on "Carrying Forward the 'Shanghai Spirit' and Promoting Common Development" at the large-scale meeting.

Xi Jinping pointed out that the current international and regional situation is complex, and the SCO is faced with both rare opportunities and severe challenges. "Three evil forces", drug trafficking, transnational organized crime are serious threats to regional security and stability. Affected by the international financial crisis, all countries have met with various degrees of difficulties in economic development. We need to establish the awareness of solidarity, mutual benefits and win-win results, strengthen cooperation, get together for self improvement, and build SCO into a community of destiny and interests for its member states, making it a reliable guarantee and strategic support for member states to work together for stability and joint development.

Xi Jinping brought up a four-point proposal. First, to promote mutual trust, mutual benefits, equality, consultation, respect cultural diversity, and seek the "Shanghai Spirit" for common development. Earnestly implement the Treaty of the Long-term Good Neighborly and Friendly Cooperation among Member States of the SCO, support each other on major issues, such as sovereignty, security, territorial integrity, political system, social stability and development path and pattern, jointly deal with threats and challenges, and maintain the security and development interests of the member states. Conduct mutually beneficial cooperation on the basis of equality, consultation, mutual understanding and mutual accommodation, and make members be a good neighbor with each other, a good friend in the same boat, and a good partner through thick and thin. Second, to jointly safeguard regional security and stability. Implement the Shanghai Convention on Combating Terrorism, Separatism and Extremism, and cooperation outline, perfect the system of law enforcement and security cooperation, set up a comprehensive center to deal with security threats and challenges, and jointly combat the "three evil forces". Support Afghanistan's national reconciliation process, help Afghanistan realize peace and stability as early as possible, and jointly safeguard regional security. Third, to focus on the development of pragmatic cooperation. Pass on and carry forward the Silk Road spirit. Sign Agreement on the Facilitation of International Road Transport as soon as possible, build transport corridors connecting the Baltic Sea and the Pacific Ocean, and linking Central Asia with the Indian Ocean and with the Persian Gulf; negotiate agreement on trade and investment facilitation; promote the regional economic cooperation; strengthen cooperation in the financial sector, establish SCO Development Bank and SCO special account; set up energy club and establish stable supply-demand relationship to ensure energy security; establish food security cooperation mechanism, and strengthen cooperation in agricultural production, trade of agricultural products, food safety and other fields. Fourth, strengthen people-to-people communications and non-governmental exchanges, laying solid public opinion and social foundations for the development of the SCO.

Xi Jinping said that China will set up China-SCO International Judicial Exchange and Training Center at the Shanghai University of Political Science and Law, and is willing to use this platform to cultivate judicial professionals for other SCO members. China has taken the lead in establishing SCO Good-Neighborly and Friendly Cooperation Committee, in line with the consensus reached by all parties. We suggest all SCO members and observer states establish similar social organizations to increase mutual understanding and traditional friendship among people from all countries.

The heads of the SCO member states stressed that no matter how the international situation changes, each member will always be treated on an equal footing, and be united and cooperate with each other to ensure the sustainable development of social and economic development of the SCO regions, and to be committed to the world peace and development.

The heads all agreed to jointly combat the "three evil forces", drug trafficking and transnational organized crime, and deal with information security threats; Deepen economic cooperation, expand regional interconnectivity, and promote regional trade and investment facilitation; strengthen cooperation in humanities, science and technology, tourism and health sectors, and consolidate good-neighborly and friendly cooperation relationship; carry out dialogue and cooperation with relevant countries and international and regional organizations to jointly maintain the regional and the world's security and stability.

The heads all agreed that the current international relations are experiencing significant evolution, and instability and local conflicts of some regions have not been solved yet. We should consolidate universally recognized norms of the international laws, such as the Charter of the UN, respect the people of all countries to choose their own development path, strengthen the leading role of the UN in international affairs, and peacefully solve international and regional disputes through political and diplomatic means.

About the Syria issue, Xi Jinping stressed that China pays high attention to the situation in Syria, supports the international community to actively push for ceasing fire and stopping violence, and calls on the conflicting parties in Syria to resolve crisis through political means. China supports Russia's suggestions of putting Syria's chemical weapons under the supervision of the international community and gradually destroying them, and is willing to strengthen communications and coordination with relevant parties through the UN Security Council, and to continue unremitting efforts to promote a political settlement of the Syrian issue.

The meeting decided that the 2014 SCO Summit will be held at Duschanbe, capital of Tajikistan.

The heads of SCO member states signed the Bishkek Declaration of the Heads of the Member States of the SCO, and jointly met with reporters.

Press Communiqué of the Meeting of the Council of the Heads of the Member States of the SCO was released at the meeting.

Wang Huning, Li Zhanshu, Yang Jiechi and others were present.