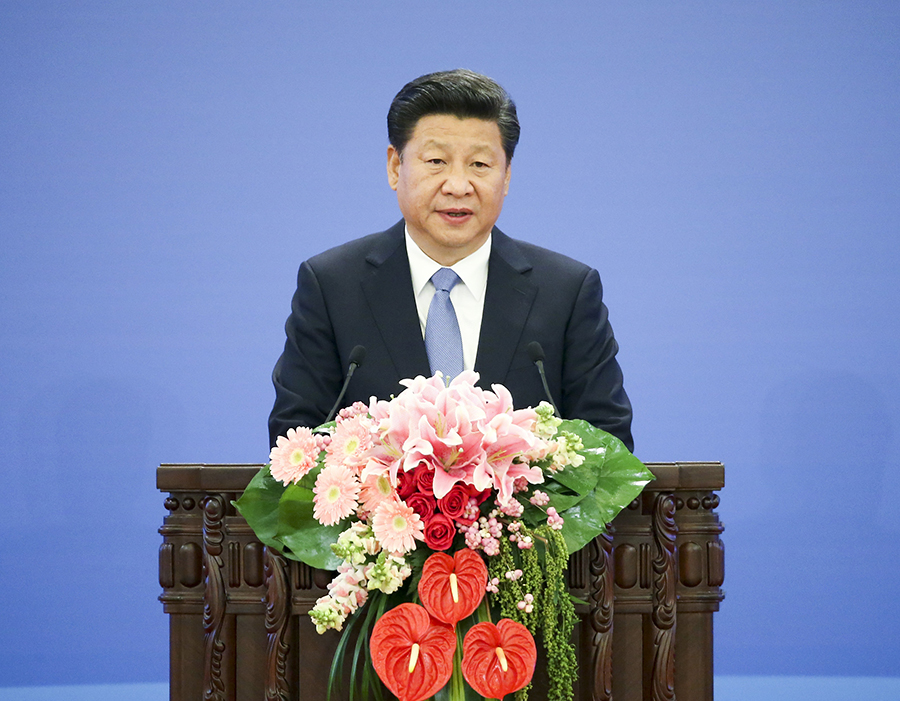 The Chinese government will enact more support policies to lift the country's 70 million poor people above the poverty line by 2020, President Xi Jinping pledged on Friday ahead of the 23rd International Day for the Eradication of Poverty.

Addressing the Global Poverty Reduction and Development Forum in Beijing, Xi said China will engage in concerted efforts with the government and the public to fight the hard battle against poverty.

In his speech, Xi drew on his personal experiences in the 1960s working as a farmer in a small village in northwestern Shaanxi Province, where he was struck by the poor life conditions in rural China.

But over the past decades, China has made remarkable progress in poverty relief.

China has lifted more than 600 million people out of poverty in the past 15 years, accounting for about 70 percent of those brought out of poverty worldwide.

It was the first developing country to meet the Millennium Development Goals (MDGs) target of reducing the population living in poverty by half ahead of the 2015 deadline.

"Despite the achievements, China remains the world's biggest developing country, and to narrow the urban-rural gap remains a big challenge for us," Xi said.

The president said poverty alleviation will be a major part of China's post-2015 agenda.

While striving to reduce poverty at home, China has also been actively supporting the cause in other developing countries.

Over the past 60 years, China has provided 166 countries and international organizations with nearly 400 billion RMB of assistance.

At a United Nations summit last month, the goal of eliminating poverty in 15 years was laid out and China pledged an initial 2 billion U.S. dollars to establish an assistance fund to help developing nations fight poverty.

In a video message for Friday's Forum, UN Secretary-General Ban Ki-moon praised China's remarkable achievements in poverty alleviation, saying the UN welcomes those significant and generous proposals from President Xi and looks forward to further progress with an indispensable partnership with China.