On November 21, 2022, Special Envoy on Afghan Affairs of the Ministry of Foreign Affairs Yue Xiaoyong visited Uzbekistan, and held consultations with Special Representative Esmatullah Ergashev of Uzbekistan's President for Afghan Affairs in Tashkent. The two sides exchanged in-depth views and reached broad consensus on the current situation in Afghanistan and advancing the implementation of the outcomes of the Third Foreign Ministers' Meeting on the Afghan Issue Among the Neighboring Countries of Afghanistan.

Special Envoy Yue Xiaoyong briefed the Uzbek side on the key outcomes and the important significance of the 20th National Congress of the Communist Party of China (CPC), and said that under the leadership of General Secretary Xi Jinping and under the guidance of the spirit of the 20th CPC National Congress, China will surely succeed in its new journey of building a modern socialist country in all respects. This will inject more stability and certainty into the world and bring new opportunities and positive energy to Uzbekistan and other countries in the world.

Ergashev extended congratulations on the success of the 20th CPC National Congress, and said that this event will surely go down China's history and exert a significant and far-reaching influence on the world. In September this year, President Xi Jinping attended the Samarkand Summit of the Shanghai Cooperation Organization and paid a successful state visit to Uzbekistan, opening up broad prospects for the development of Uzbekistan-China relations and bilateral cooperation on Afghanistan and other issues. Uzbekistan attaches great importance to maintaining coordination and cooperation with China on the Afghan issue, and is ready to make better use of the mechanism of coordination and cooperation among Afghanistan's neighbors to enhance regional interaction and integration with Afghanistan, so as to benefit the Afghan people and promote regional peace and prosperity. 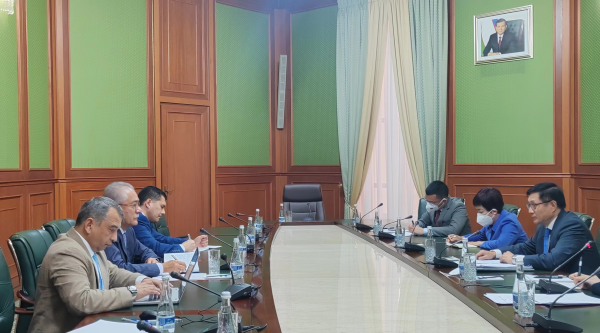